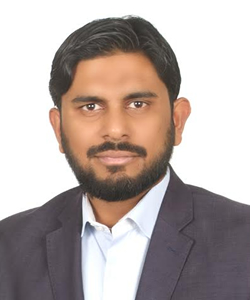 Mohammad Shakeer has been with Emircom since June 2006. He currently heads the branch at KSA Branch as Branch Manager.

In less than 3 years he was promoted to the position of ‘Sales Manager- Service Providers’ owing to his distinction in Presales and Sales.

Being a CCIE Certified since 2007, he added value to our customers with his expertise in multiple technologies and commercial skills which enabled him to be champion Sales for Emircom’s Saudi Arabia branch.

He played an indispensable role for our KSA branch in building up the team from 4 in 2006 to 200+ at present. His leadership, management skills, and mentorship has enabled him to become a Sales Director in 2014.

Prior to Emircom, Shakeer was with HSBC EDPI in Bangalore, India where he was working as Telecom Manager. He has also worked with Datacraft Asia at the beginning of his career.

Shakeer holds a Bachelor of Engineering in Electrical and Electronics from India and has been maintaining his CCIE certification since 2007.